I came across these mini greenhouses at Bunnings for $8 each and decided to buy a few. Previously I've used the large commercial seed trays and the 60 L plastic containers from The Warehouse to set up make shift greenhouses. These are a lot more user friendly as far as watering and moving around goes. At $8 a pop they're not a bad price either and I can reuse them the following season.

I've actually been a bit ruthless with my poor seeds so far as I've left them outside overnight more often than not. Tonight I've brought them in and have decided to show them a little bit of extra love over the next couple of weeks. Lots of baby basil seedlings are popping through. A couple of the Roma tomato seedlings have come through as well. I figured if they were tough enough to survive outside in these mini greenhouses that the popping corn would be okay too - not the case. So it's back to bringing these guys inside overnight.

I'm going to sow some extra strawberry popping corn seeds over the weekend. They basically have a deadline of Labour Weekend because that's when I'll direct sow my sweetcorn and I don't want the two cross pollinating. So we'll see how quickly the come along over the next month as to whether we have both types of corn or not. I'm sure with the extra love they'll be okay ;)

I've sown my first round of courgettes and cucumber. Possibly a little early, but I'm going to attempt a bit of succession planting with the courgettes this season. They're always great for adding to pasta sauces, nacho mix, and veggie lasagne. I'll plant a second round of seeds this weekend - more courgettes, pumpkin, watermelon etc.

Over the next couple of days I'll sit down and nut out a proper plan for the garden. I have a rough idea in my head of how I want it to go, but still need to put a bit of further thought into it. Each raised garden bed is 2.4 m x 1.2 m so despite the small section, there's enough space to play with. I seem to take aspects of crop rotation, companion planting, and square metre gardening into consideration and then make it work with the space we have. I'm thinking I might give square metre gardening a go just in the salad patch. See how it works out. I'm always keen to try something new and it doesn't muck around with my crop rotation too much either.

Fingers crossed this Spring weather stays on track. We've had a good start in Northland so far, but as we all know anything can happen with gardening. I am grateful to not be on tank water this year though. I only ever had one tank so a lack of water over the summer months was always a huge restriction. 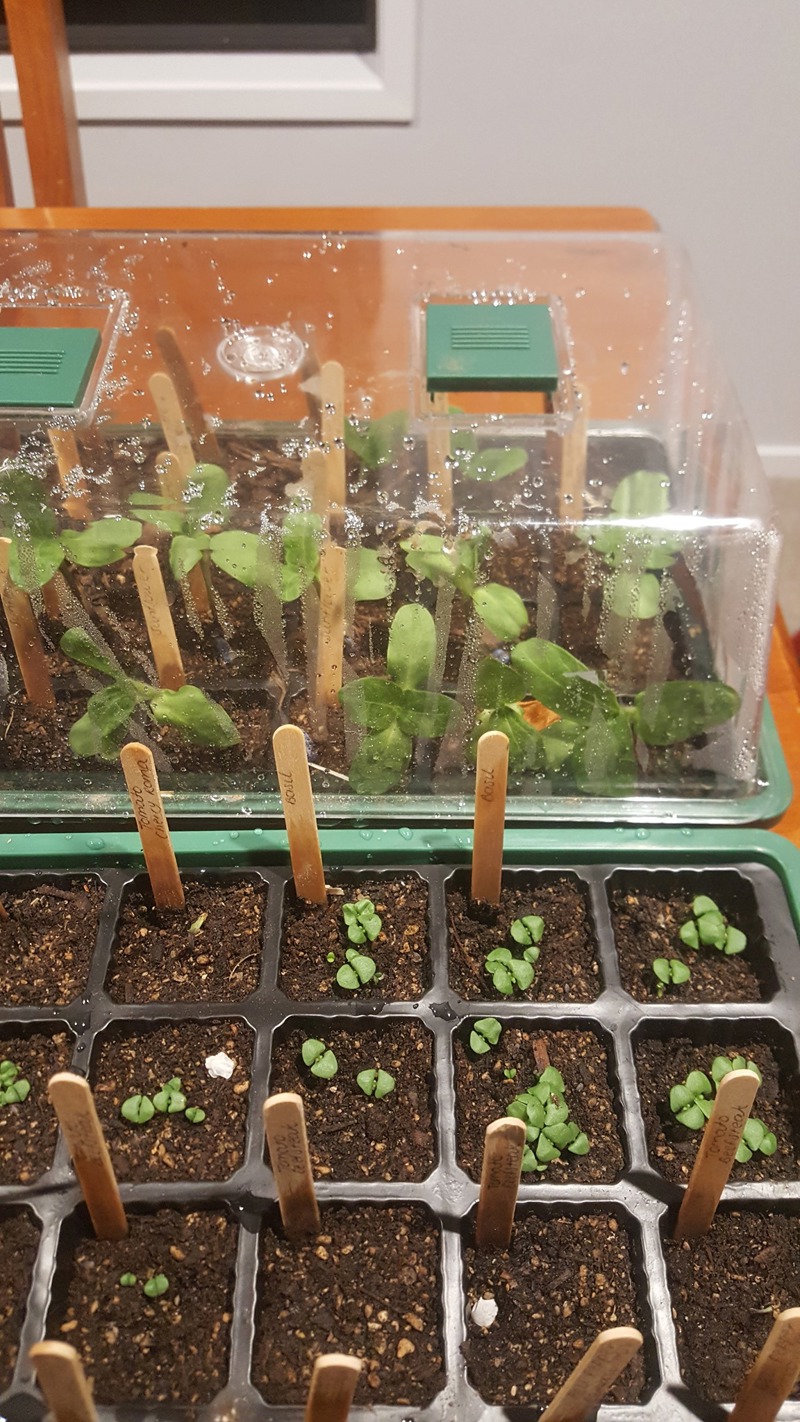