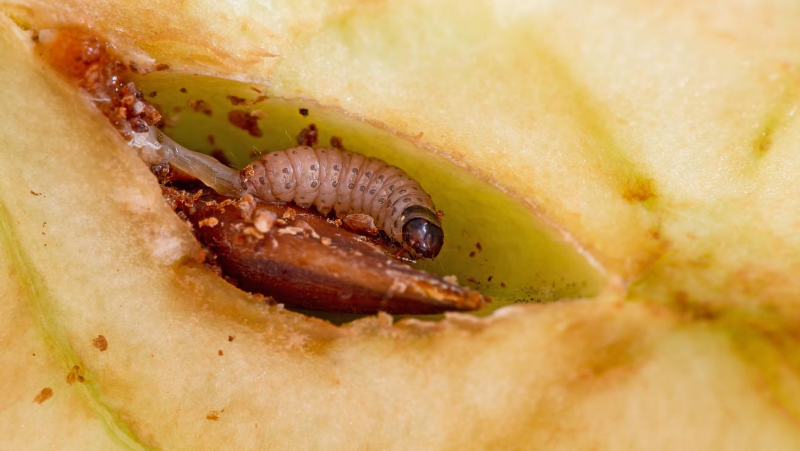 What are Codling Moths?

Codling moth larvae belong to a 20mm greyish brown moth which has alternating grey-brown bands across the wing tip. Eggs are laid on leaves usually near fruit.

Larvae tunnel into the fruit and feed for 3-5 weeks before tunnelling out an exit hole. After pupation, adults emerge 12-21 days later and the cycle is repeated.

There are two types of damage caused by the larvae of the codling moth. The first is a “sting” to the fruit where the larvae has penetrated the fruit surface but has died shortly after. The second is when the larvae has tunnelled into the fruit core and been able to feed in the seed cavity.

Sometimes frass (droppings of the larvae) can be detected on the outside of the fruit. If larvae have tunnelled in through the calyx (stem end), detection is not possible without cutting open the fruit. 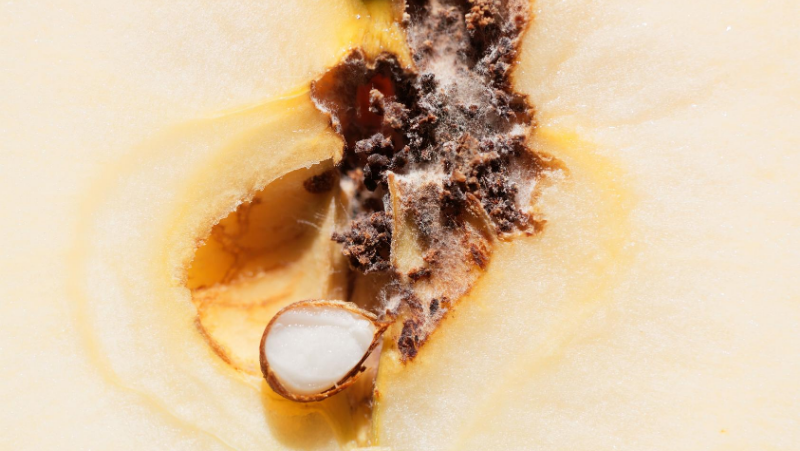 Mites are sap-sucking pests which cause leaves to become silvery or mottled bronze. Here's how to recognise and control mites in your garden or indoor plants.