My spreadsheet is back. I have actually ended up using it last year and sticking to it, but not in the way I though I would. My reason for spreadsheeting last year was to count the harvest. I did not count anything much at all, as we sort of got the feeling what we should grow more of anyway. Instead, I did note viability and any growing peculiarities. This year I have been trying to update the spreadsheet every week but am a little bit behind. Entering details on long-haul vegies like asparagus and ramsons will be very important once these are in later this week.

My visual planning scheme this year was very basic indeed, I drew the main garden on the back of an envelope… Ronald the cat was playing with a pencil he found resting on top of my plans and sort of scribbled all over them, so now it looks even more shabby. Anyhow, it’s good enough for planning out the crop rotation and making sure that every space gets filled (as this year its heaps more space than last!).

I’m waiting on some seeds to arrive via post soon. After those are in (hopefully next week) then it is mostly sorted for this spring. Apart from dahlias and I’m probably forgetting a couple of other things too :D 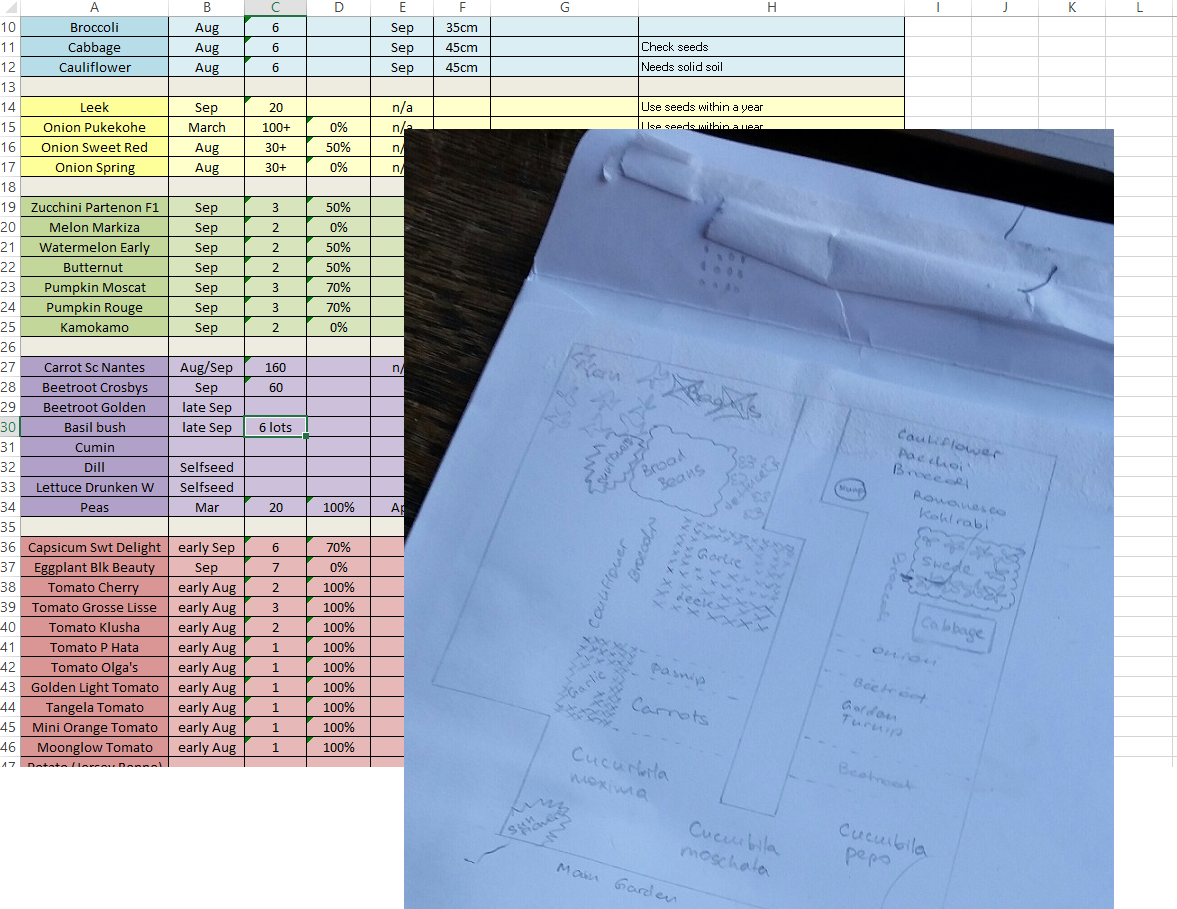