Today I started potting on some sunflowers and tomatoes that needed to move up pot size. I have so many more that need done but I ran out of potting mix.

I also ran out of trays to put them in on the shelving, and it appears I'm running out of room too!

I have had to put some of the tomatoes onto my potting up table until I get more trays. I have a tiny bit of shelving space in my tunnel house but after that they will have to go on the ground!

Its so funny, every season I think to myself when sowing the seeds -  it doesn't look like much. And every season I forget that once everything moves up pots I soon run out of room and wonder where it's all going to go! 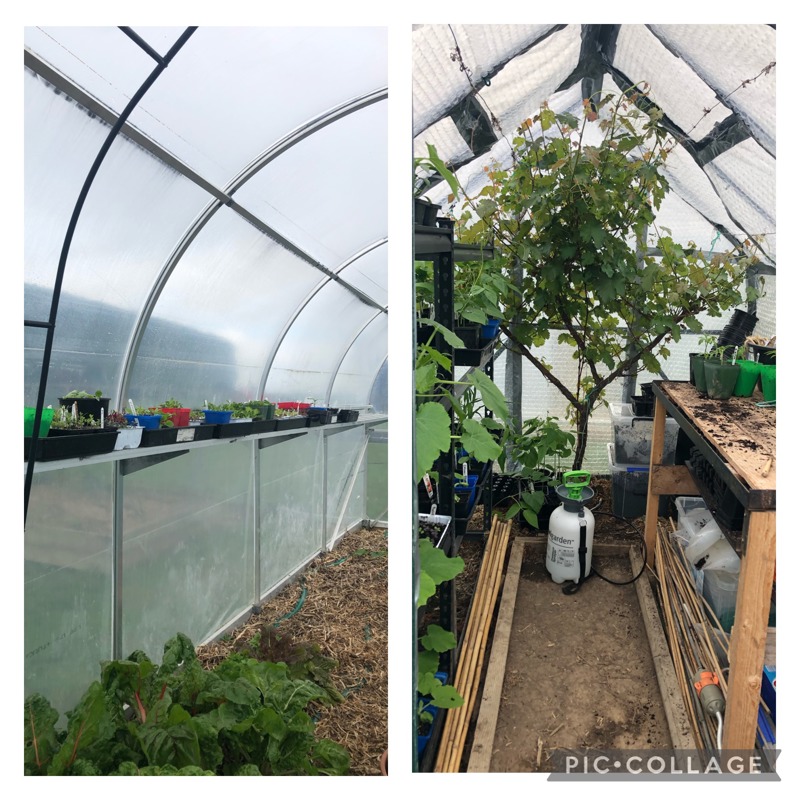