To plan a garden is to plan for success

I have had many gardens and made loads of mistakes , But 3 years in on the actual ownership it really made it worth putting in the extra effort and not rushing in , anything lifestyle block comes with much more exspense so for us its slow and steady but each step forward feels like a win and happy dances are had .

On saying that I often work on the soil first the foundation of your garden just like a house needs to be strong . as with this area last season , It produced a fair amount of food but compared to the other areas we have been working on for years its really not compareable apart for being the advocate for soil health .

Hopefully you can see by the pic that its a large area and for this season I only aim to get the garden parralell to the shed done and the rest will be pumpkins , courgetts and corn first with a good layer of mulch and home made compost , this will have a makeshift net using wire , warratahs and vine netting .

I am not entirly sure what I want to use for the paths , I was thinking bark but will do more research into that before decision time .

And around the searing area I want to use an alternate grass thats nice to walk on and handles our climate .

The pathway will be exposed agrigate with inserts of railway sleepers , I don't want solid concrete as it will make the area feel to hard so to soften for a good yin yang flow I am hoping it works well , a water feature is a must to but I somehow want to make it useful to the irrigation of the garden not just a source for wildlife .

I have added 2 other pics that I doodled for our front and back yards 3 years ago but still like , a bit has changed since then though .

Jamison was practising his little writing at the top while I drew , its actually been along time since I did some purposeful doodling and it was very enjoyable I really must do more . 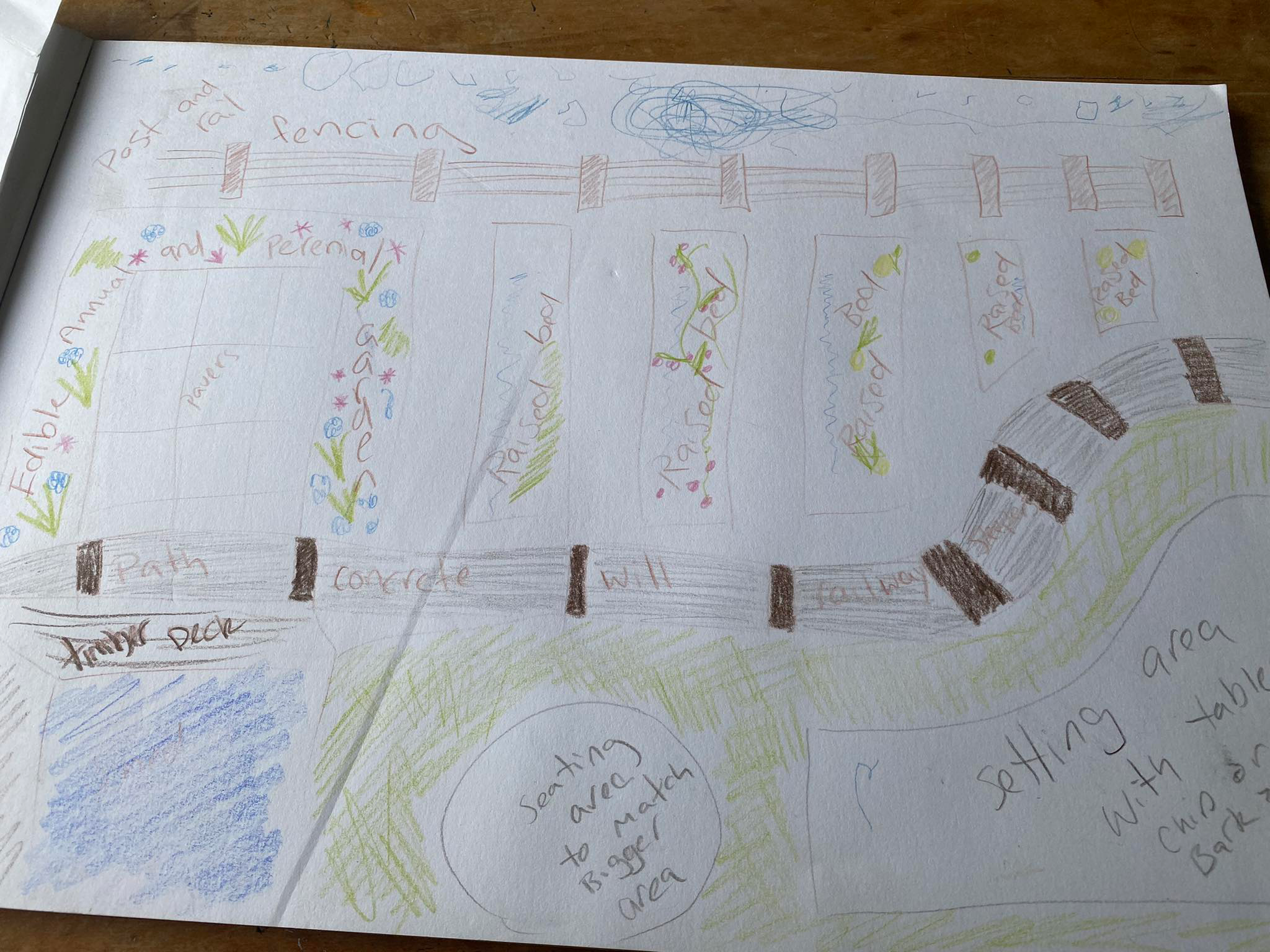