Well its hit the heat that has you harvesting quick and watering early before its way to hot .

Yesterday we had a cooler patch and even a little rain , and I finally got some weeding and sorting done , I now have space to plant more goodies , capsicums , peppers and more toms I think .

Slugs had found the strawberries so I have put a nice mulch layer of coffee grinds and that should get rid of them .

The purple heart spuds are doing awesome and I can't wait to harvest they are delicous .

Beets are looking great but a tad floppy so I will mulch them with some sawdust to prop them up and keep the weeds down .

first lot of corn is doing great , this year I have 3 smaller succession plantings so we have fresh corn longer hopefully rather than a mad dash to preserve , I hope it takes a bit of pressure of me later .

The swarf peas did in fact need the support to climb and the beans I popped in behind are doing well , I need to put the next lot of peas in which should have been done a week ago at least .

Strawberry spinach is nearly ready I'm really looking forwad to it , I am going to take some in to prep school and see what the kids think of it :) .

And 2 lessons life has given this week , I can not push though the wind and the heat , bad idea bought on a 3 day flare .

And before weed spraying check the weather , this is a rookie mistake that I made this morning I'm lucky if it was and hour after I finished that the rain started . 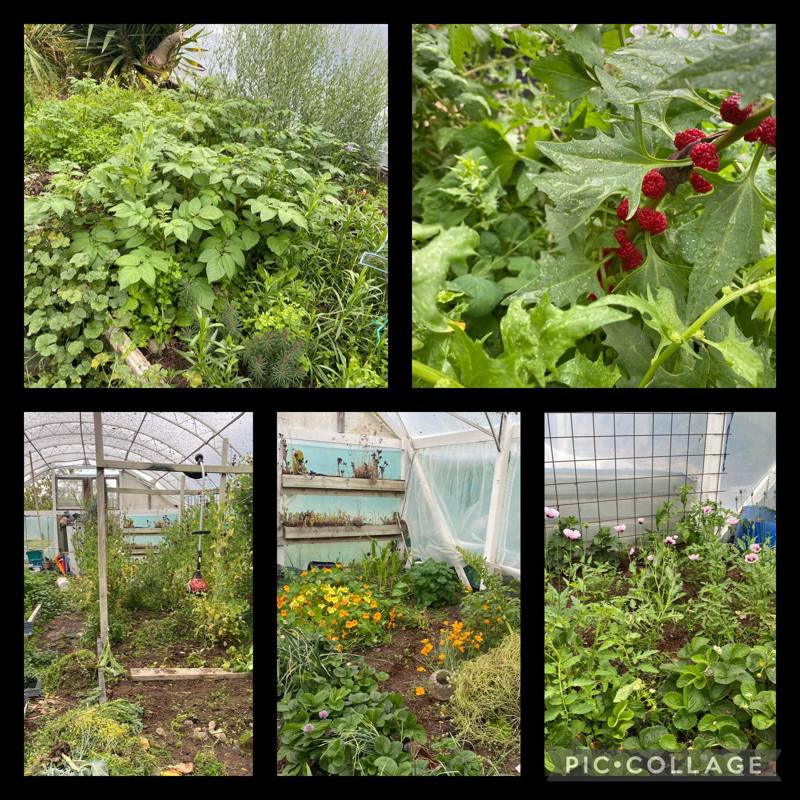