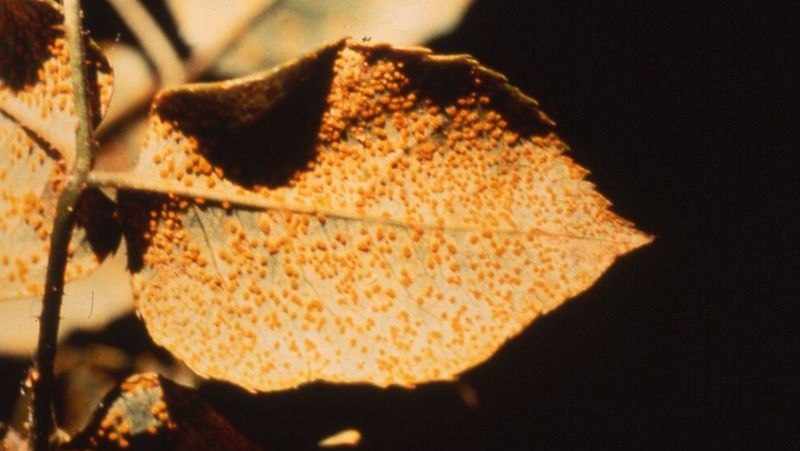 Rust fungus is easily identified by the many orange or red pustules on leaves or stems which break open and release masses of spores. Rust fungus grows within the leaf so there is usually a copy of the spores on the underside of the leaf as well. Different rust fungi attack different host plants so rust on gerananiums won’t spread to other types of plants. Rust is a common disease of calendulas, roses, snapdragons, geraniums, gerberas and beans. Rust can also attack turf. It has become a serious disease of frangipani, willows and poplar trees.

Orange pustules on leaves or stems.

Protects against a very wide range of fungal and bacterial diseases. It is formulated from copper and sulfur, two naturally occurring compounds.

A systemic fungicide and contact insecticide, kills pests and mites on contact and systemically works from within the plant to control black spot, powdery mildew and rust on roses and ornamentals in the home garden.

A systemic fungicide and contact insecticide, kills pests and mites on contact and systemically works from within the plant to control black spot, powdery mildew and rust on roses and ornamentals in the home garden.

Yates Fungus Gun Ready to Use

A broad spectrum fungicide that works systemically within the plant, providing both protectant and curative activity to prevent and control fungal diseases.

Myrtle Rust is a fungal disease which attacks the new growth of plants from the Myrtaceae family such as NZ Christmas Bush, NZ Myrtle and Eucalypts.

Downy Mildew is often more widespread in younger plants and is recognised by downy, whitish tufts or spores on the underside of the leaves.