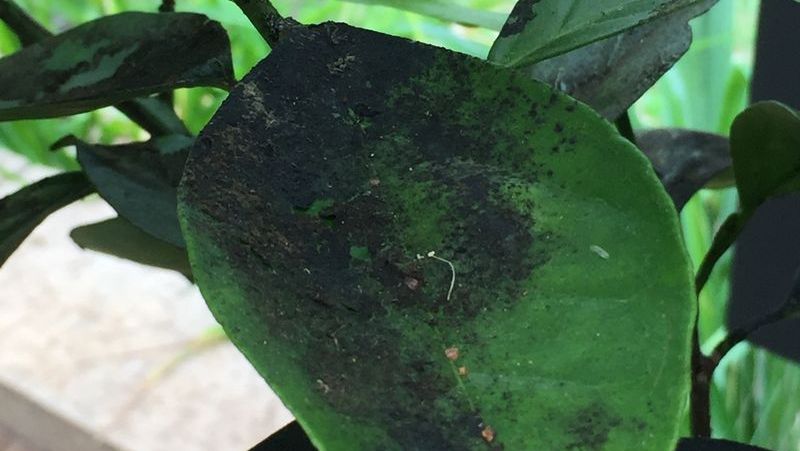 What is Sooty Mould

Sooty moulds are fungi which cover plant leaves, stems and twigs in a black sticky substance. In almost all cases, the sooty mould is secondary to an infestation of insects that secrete honeydew. These insects include aphids, scale, mealybugs and white flies. Treating the insects will remove the source of the honeydew and dry up the sooty mould, which will eventually fall or wash off the foliage. The mould itself does not feed on the plant, however as it covers the leaf surface, it is blocking light and reducing photosynthesis, essential for plant growth.

Black sooty growth covering any part of the leaf, stem or branch of plants. Usually can be rubbed off with soap and water.

Downy Mildew is often more widespread in younger plants and is recognised by downy, whitish tufts or spores on the underside of the leaves.

Rust fungus is easily identified by the many orange or red pustules on leaves or stems which break open and release masses of spores.