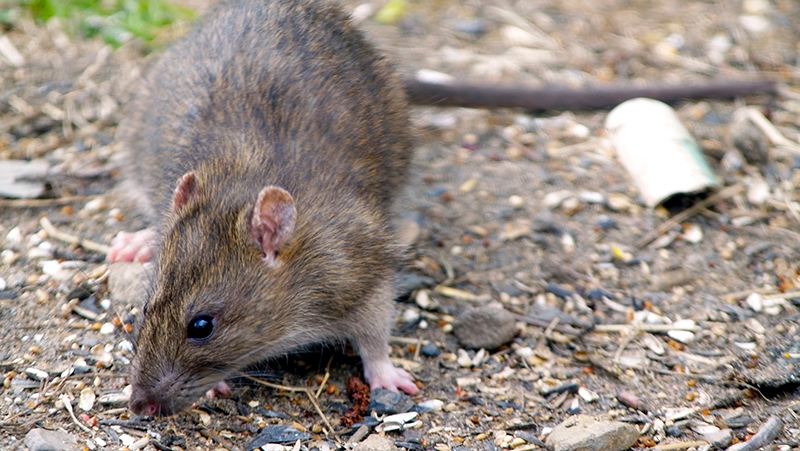 Having rats and mice in the home and garden can endanger human and animal physical health and may also have implications for human mental health. Rats and mice damage property and possessions and contaminate food, leading to food wastage. The most common rat and mouse species are the Black Rat (Rattus rattus), Brown Rat (Rattus norvegicus) and House Mouse (Mus musculus).

Best treatment for Rats and Mice

To ensure rats and mice are quickly and effectively controlled in and around the home, a holistic approach must be taken. It is crucial to either kill (or capture-and-release) rats and mice via the use of baits or traps, or a combination of both. It is essential to remove all food and water sources.  Where possible, stop rats and mice from physically entering the house, and make shelter and nesting areas less hospitable.

RATSAK bait products should be carefully chosen according to the situation. One must also consider the suitability of the product based on the presence of children and pets, and the location and environment.

RATSAK trap products are suitable for most areas when used safely and according to label instructions.

Getting rid of a dead rat or mouse

Cleaning up after rats and mice

You and your pet’s safety is our priority. For information relating to potential or suspected poisoning through the use (or misuse) of our products in New Zealand, please contact our Emergency Response Service (ERS) on 0800 220 770 (24 hours). Rats and mice are prolific breeders and if left uncontrolled can quickly develop into plague proportions. High reproductive rate, the ability to survive on a wide range of food sources and ease of travel throughout their environment, contributes to their astounding success.

Rats and mice can carry parasites, such as fleas and ticks, and diseases such as plagues, leptospirosis and typhus fever, some of which can be transmitted to humans, pets and livestock. Transmission is often caused by rat and mouse scratches and bites, or by coming into contact with their saliva, faeces and urine. Contamination and wastage of human food, pet food and bird seed is attributed to the parasites, diseases and other germs brought in by rats and mice.

Rats and mice can cause serious damage to possessions and property from gnawing on building materials, structures and wiring; producing stains, foul-smelling odours and mess; and feeding on crops, garden plants and gardening products.

Given the serious risks and extensive damage, it’s important to prevent, control and monitor for rats and mice in and around the house and garden.

Rats and mice are small rodent mammals which are distinguished by perpetually growing chisel-like front teeth. One pair lies in the upper jaw, while the other pair is in the lower jaw. The Black Rat, Brown Rat and House Mouse all have yellowing enamel on their front teeth and generally live in small to large groups.

Rats and mice prefer warm, dry, sheltered and quiet areas with access to food and water. They are generally most active during the night, although they may also be seen during the day.

Rats and mice can be found in the home and garden at anytime of year, however they are especially known for entering indoor areas in autumn and winter to escape the cold.

Rats and mice can be found in:

Rats and mice are omnivores and feed on a wide variety of animal and plant material such as:

Symptoms of Rats and Mice damage

The obvious sign of an infestation is a living or a dead mouse or rat. Other ways to further identify rats or mice in and around the house and garden include:

How to prevent Rats and Mice appearing

Monitor regularly, checking for signs of rats and mice (see ‘Symptoms of Rats and Mice damage’). Preventing rats and mice will not only reduce the likelihood of future infestations, but will also help to control a current infestation.

What plants are impacted by Rats and Mice

Rats and mice cause damage to plants by feeding, gnawing and burrowing. They can damage seedlings, roots, tubers, fruits, vegetables, nuts and grains. Produce may be picked up and taken away, suffer bite marks, gnaw marks or small chewed holes - the whole fruit or vegetable is unlikely to be consumed. All fruits and vegetables are vulnerable to attack, however the more thin-skinned and sweet crops are generally preferred.

Some rats strip bark off trees. Dense vegetation such as ground covers and grasses can be damaged from their runway tracks. Burrowing can make the lawn uneven, and cause the lawn and plants to dry out.

Some examples of fruits attacked include:

Some examples of vegetables attacked include:

Comes ready-to-use with a non-toxic bait , which is highly attractive to mice. Just remove the foil, set and place.

Individual chew-thru throw packs to kill rats and mice with a single feed! Ideal for hard to reach places such as roof spaces.

Wax Blocks are an effective, easy to use solution that will kill rats and mice in a single feed!

A durable plastic trap with extra-powerful killing force. This unique design quickly and effectively controls unwanted rats around your home.

Possums can chew through your vegies and fruits and cause quite a bit of damage in gardens. Here's how to identify their damage and how you can help protect your plants from possums.

If the kernels of your corn are being eaten while still on the stalk, it sounds like you a case of corn ear worm. Here's how to identify and treat them in your garden.