We had friends over who have their horse here , they were doing a bit of fencing and the kids were kinda just following me around so I asked if they wanted a job , reply was " um maybe "

So they got to sowing some corn seed and did such a great job .

I also decided that I needed to take some serious action on the white fly so I have chopped the cape gooseberry right back , took out the frames that I had cuttings in last season , also found a few forgotten buxus and rosemary cuttings as a nice wee bonus .

I live in such a cool nieghbour hood , So we have begun rounds with bio force so I picked up and distributed the first lot and have an order to bein next week that I will share back so hopefully we will all be aphid and whitefly free .

And just because she was super cute though the sweet peas , there is Inkie my constant garden companion . 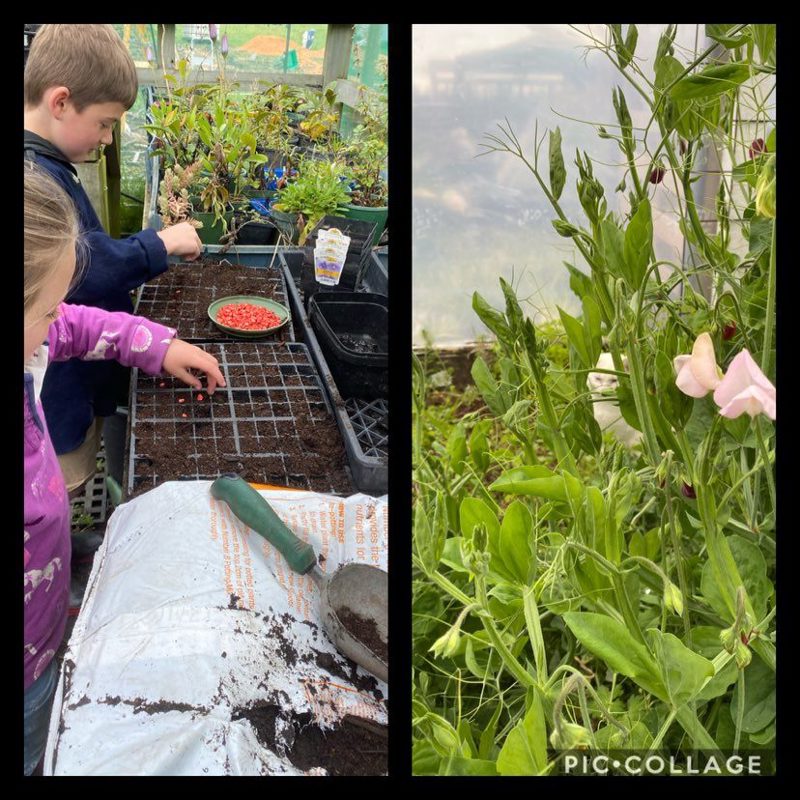