So glad we got some rain here in Auckland last week. I think we ended up with about 15mm last Tuesday. Then like magic my pea straw bales were delivered on Wednesday so on Thursdsay I got stuck in locking in all that moisture and mulched around my garden.

Friday we were back to hot sunshine again. I spent most of the day on Friday getting some permanent protection over my berry patch. I did a big overhaul of my patch this year. Pulled all the raspberry canes out and dug out the blackberries that had got intertwined with them.

The raspberries all got planted neatly back in rows in the first two sections. In the second two sections I planted the blackberries against the fence and tied them up.

I had 3 blueberry bushes in a separate raised bed in front of the rest of the berry patch but I decided to transplant them up to the other end of the raised bed by the fence. These sections had been used for the kids patches and other random vege planting for the last year or two.

Next up was to get the netting sorted. In the past I had just had bird netting attached to the fence on metal rods and kind of draped it over the berry patch. I was keen to get something more permanent in place. We recently replaced the net on our trampoline so I decided to reuse it for the 'roof' of the berry patch and used the bird netting down the front.

Unfortunately there is always going to be a cheeky bird determined to get in and sure enough I went out there today and found a thrush flying around trying to get out! Hopefully it will tell all it's friends to stay away now.

The first blueberries are starting to appear and the raspberries are flowering as well so fingers crossed for a bumper crop! 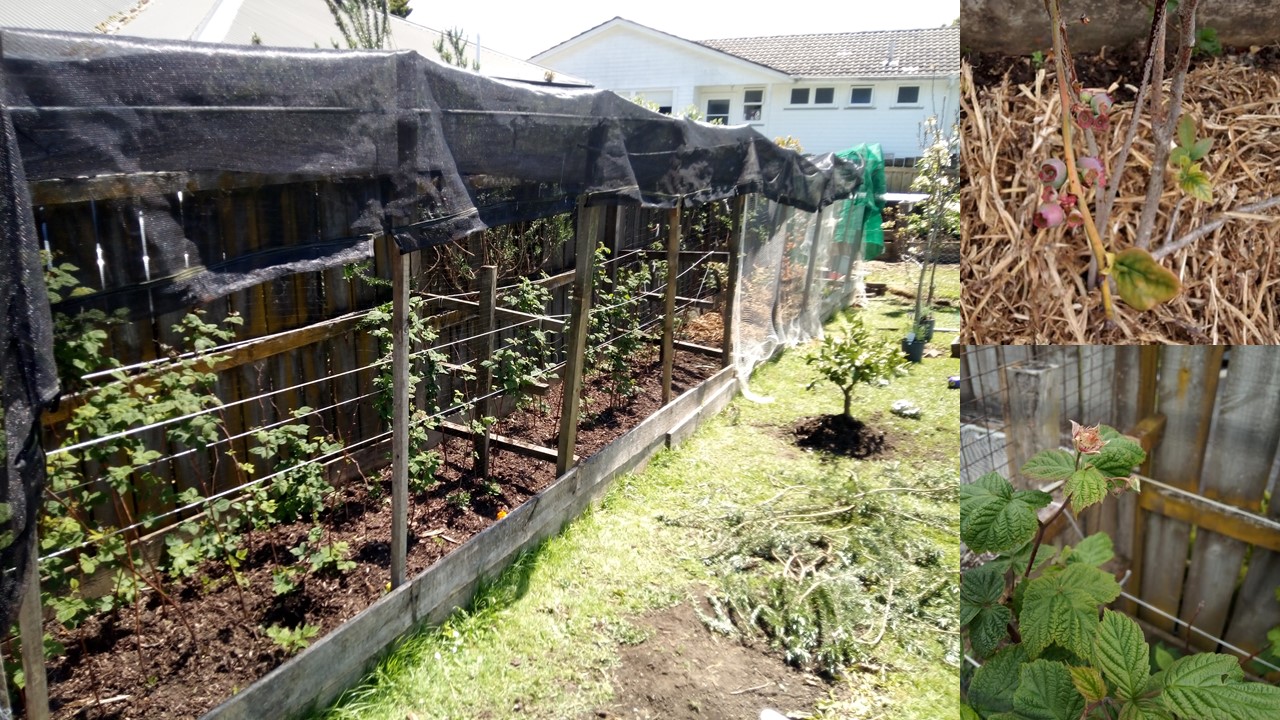