Last year was my best ever year I have grown chillies. I might of had a couple extra plants then we normally have grown, but I think the major difference was that they were grown in a place that had more sunlight then our previous house.

We decided to dry them all as we had nearly used the previous lot from the last season. I'm sure I picked several large bowls of them.

I used a dehydrator to dry them, which was normally done over a two day period. I would then blitz them up enough that they were crushed up, but not in a powder form. I would then use a sieve outside to get rid of any powder that was made. I had to use a facemask each time I did this as they were so potent.

As you can see with my photo, we got enough chilli flakes to last us for awhile. So this year I'm planning to reduce the number of plants I have to three: cayenne, birds eye, and one other one which I'm not sure of yet. 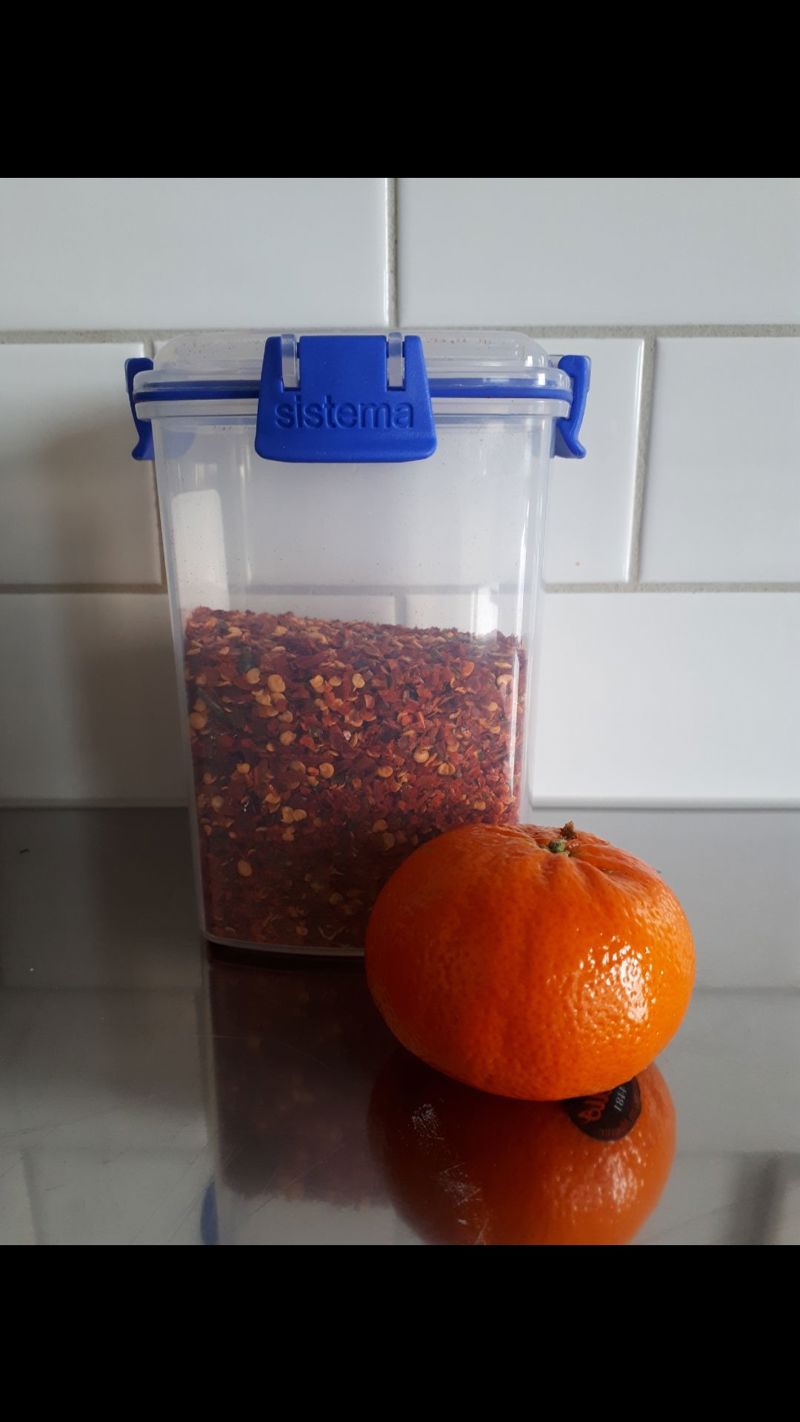