Here's a side by side photo of my two corn patches, with me looking down on them. The corn on the right was planted in my tunnel house around about the 24th of October. The photo on the left was planted about two weeks later (once again my lack of note taking has let me down!).

Both patches have been treated the same, getting the same amount of feeding and love. The outside corn has probably had more water to be honest with us having rain quite regularly, but we've had strong winds to boot, which hasn't done anything in the garden any good!

I grew corn in both my tunnel and outside last season, and the corn in my tunnel was far more productive than the corn outside. The way the weather has been I think it will be the same this year.

I'll give corn another try outside next season, and try and provide it more shelter.

But I'm thinking - maybe growing corn outside in Invercargill isn't going to be my claim to fame! 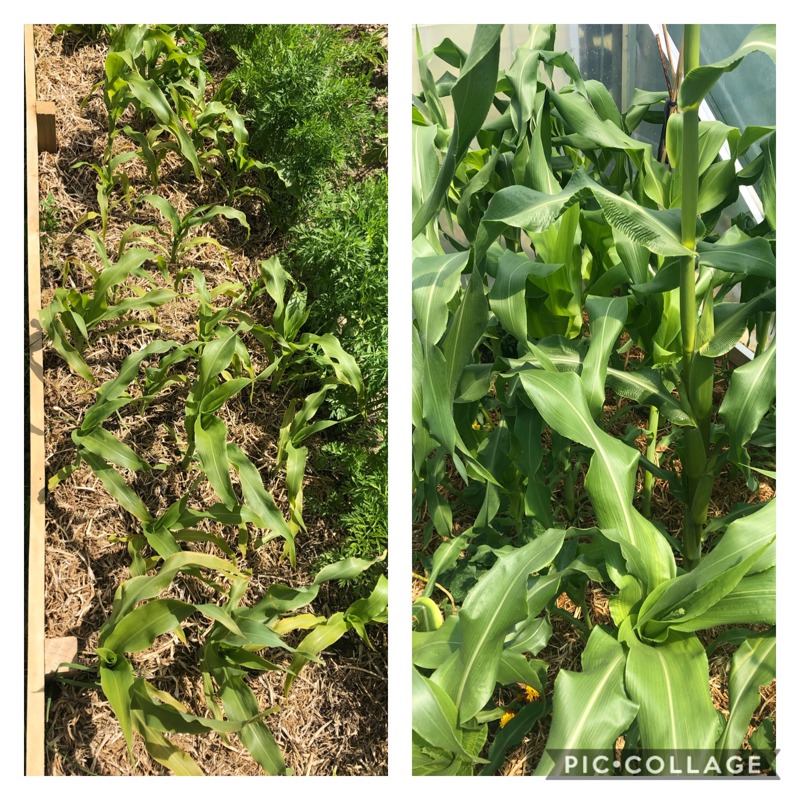