Todays mini tour takes us to the 'Secret Garden'.  This has morphed over time. We had a local native nursery closing down a few years ago and because we were at their sales so often they gave us a one day pass to take every thing we could in as many loads we had time for.  It was a great opportunity and one too good to pass up although only having the block for a short time we had no idea where we were going to put them all.

We planted up lots of different native blocks, fence lines and areas - roughly 4000 trees/plants between just Brandon and I - While we got a fair amount that stayed alive - we also had a fair amount that didnt survive last summers drought.

The secret garden corner began as one of those native planting corners - it backs onto the vege garden and was looking so scruffy and untidy every time I went into the veg - so it became my mission to get on top of the grass and find out how many survivors we had - some good looking cabbage trees, Kowhai, Pohutukawa, Karaka - not too bad.

My daughter had been pining for a place to sit in and think about the dead cat we left at the last house - Morbid I know - So this area became a memorial garden - I dug a big circle and her poppy refubished a bench seat.  I planted it up with lots of orange, red and yellows for my Nana - colours I don't use a lot else where. So all the special plants go here.....

And then....... came the secret garden idea - it really was a garden plonked somewhere and needed settling into the ground so it will have a small entrance leading to the brick path and a secret one at the bottom so i can push the mower into (although long term, no grass here would be nice....It's still very much a new work in progress.

My fabulous gardening mother is very big on having garden 'rooms' to enter so you can't see everything all at once .... so there are many 'rooms' in process whirring around in the brain.....

Bonus the husband seems to just be going along with my plans easily......or he has a big idea in mind he wants to roll out in the future and is building up the brownie points. 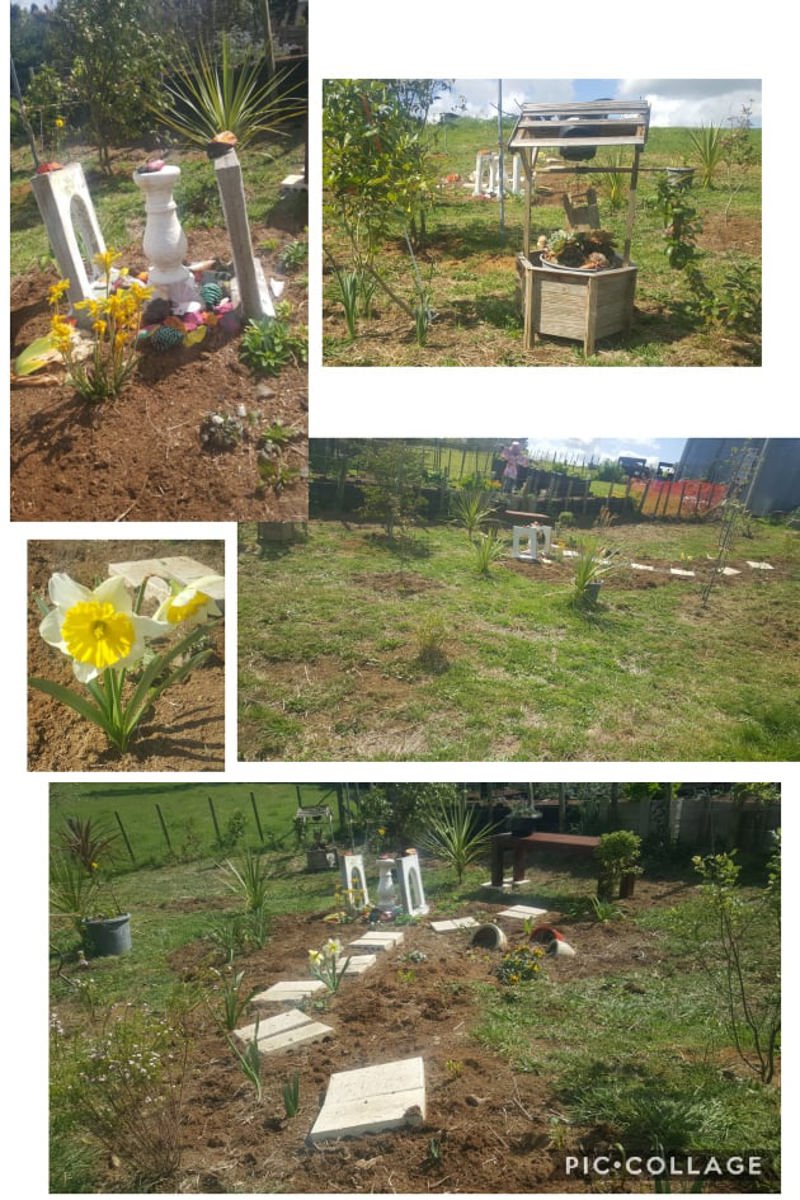