Organic matter consists of the remains of plants and animals and the organisms (earthworms, slaters, beetles, bacteria, fungi, and so on) that are decomposing them.

Of the various components of plant remains, the proteins and carbohydrates are quickly broken down into simple chemicals that can be absorbed by both plants and bacteria, but the more resistant bits of organic matter remain as small fragments which form a dark brown material called humus. Particles of humus attract and hold nutrients on their surface in the same way as clay colloids. Humus particles bind mineral particles (especially fine sand, silt and clay) into aggregates or crumbs. These crumbs have relatively large pore spaces between them which help drainage and aeration. The addition of humus to heavy soils makes them easier to cultivate. 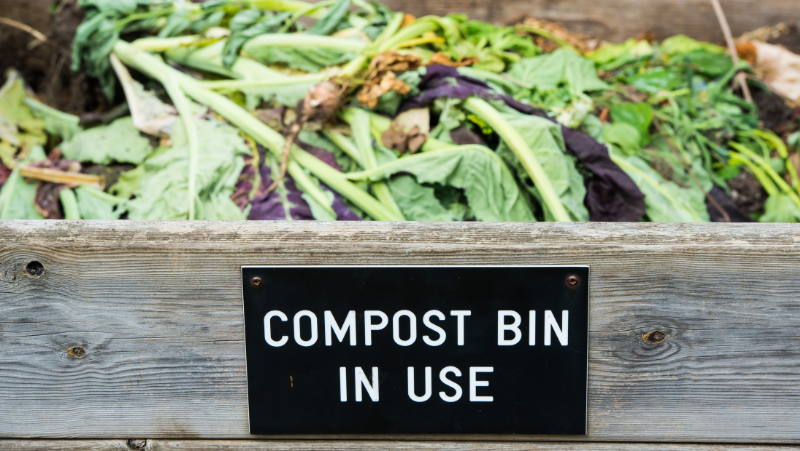 Making compost, building no-dig gardens and growing green manure crops are all common organic practices. A range of fertilisers and soil additives based on animal manures, blood and bone, mushroom compost, seaweed, fish waste and legume plants such as lucerne and pea straw are permitted within organic growing regimes. Your local garden centre can provide and advise you about suitable products. Using these ingredients increases the levels of organic matter and humus in the soil, providing balanced plant nutrition and attracting organisms such as beneficial soil fungi and worms to the garden. In both flower and vegetable gardens, organic growers favour open-pollinated seeds and heirloom varieties. The use of genetically engineered crops is not permitted. Organic gardeners use organic seeds that have not been treated with chemical fungicides such as those included in the Yates Organic Seed range. Organic gardeners also plant locally adapted fruiting and ornamental species as well as native plants that provide habitat for birdlife. One of the main aims in organic gardening is to encourage resident populations of birds, beneficial insects, spiders, small reptiles and other animals to help bring about natural pest control and create a self-sustaining ecosystem.

Start with the soil

You may think you have no decent soil to work with, but it is amazing what can be achieved by adding organic matter to rock-hard ground, sticky clay or pure sand. Collect raw materials to build a no-dig garden or use this more traditional approach. Start simply by improving a small patch only. Chip away any grass and weeds in the area where you intend to create the garden. Break up the soil using a mattock or strong garden fork. Add generous amounts of gypsum to clay soil. Water the area well. Next, add at least one full wheelbarrow of compost or decomposed animal manure per square metre of garden area. If the soil is too hard or heavy to work, spread your organic matter over the top. cover with mulch and water well. In the coming weeks this material will begin to work magic on your soil. Over time you will gradually be able to incorporate this material into the soil with relative ease. If you find it difficult to access sufficient supplies of organic matter, you can try growing your own green manure crop. If you have a large garden this can be a less expensive way of obtaining organic matter. Keep working the soil over, adding extra organic matter until you have broken up the soil to at least a spade depth. When worms begin to appear you are ready to plant.

You will obtain better results if you concentrate on generously enriching the soil in one small area and expand the garden as materials and time allow. A wide range of organic soil improvement products are available through nurseries.

A certified organic garden input boosted with NZ Seaweed to encourage the development of larger, more abundant flowers and fruit.

A certified input for organic gardening that contains natural lime (calcium carbonate) from Te Kuiti, in the King Country, to adjust soil acidity.

A certified input for organic gardening, that contains natural dolomite lime (calcium and magnesium carbonate). to gently raise the pH of acid soils.